This is how history begins…

I always wanted to build something, with my own hands, to remain in history, for humanity, so people can see it and remember me.

We are living all day like in a hamster wheel and what we are leaving behind? Something that even in 50-100-200 years still stands and people can say “look, this thing was built by that crazy guy…”. Doesn’t matter if they like it or not, is something that REMAINS there for long time and your name and history is there.

So, I found the place, I like it and I start building, with my own hands, my own brain, in my own style, with local materials, natural, simple, organized and strong. A message for next generations and also a living style: natural, simple, wild, isolated from “zombies civilization”, almost self-sustainable (I know is very hard to obtain self-sustainability, but I will try). 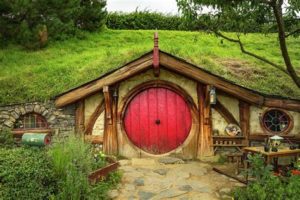 The main idea/plan is to have:

The parcel is situated in a perfect position, between 2 water springs (no dry season), surrounded by deep forest and a beautiful valley. It is near to an old abandoned village and on the path of the cows that are moving around (in the summer), up and down the valley.

The terrain was found  2 years ago but in March 2021 I really started to prepare it for the building. Cleaning bushes, cleaning the access to the water, making a nice entrance with rocks…

Next phase, started in May, when the weather get better, longer days and not so cold nights. To mention: during the building work, is a camping site, using tent and hammock, cooking at open fire and/or butane cylinder.The work started hard with some damn tree roots and later with big rocks. In June was starting heavy rains, for short period, then sunny so the digging work was with large pause, waiting to dry a bit the dirt (even if it was covered with a large tarp). Hard work, pulling out loads of rocks. But these will be good to use later for the walls, floor, isolation etc.

In June I was digging hard and moving big rocks and my back start hurting. So almost 3 weeks I was in stand-by also waiting that the raining season will finish. July comes with a lot of sun, but a lot and really hot. Lucky with the near natural jacuzzi, so in between 20-30 shovels, one spalsh in the cold river. Also working only in the morning, when the sun wasn’t so hard (8:00-13:00), even then covering with a tarp the “hot working zone”. During afternoon, only cleaning works at the river bed, under trees, small stuff needed, and a lot of splashes in the river.

End of July and 1st week of August it was good working time. Good weather (just 1 day with rain) and not so hot. Also the part with rocks seems to be over, only a small level of compacted small rocks and dirt are under a big level of plain dirt, that is easily carved. I was advancing quite well this start of August. Now the problem is “where to put so much dirt”, so I start building a “helipad” trying to level up the dirt. Still need to dig like 2m more and then a small outside place for the fireplace. Still a lot of work to do. I hope the weather will be still OK in August-September.

The work is still in progress… soon more pictures and stories in the Blog Section.

Also you can see the working stages in more details in the Gallery section, and more pictures from the area.